What is Regular Expression and Why?

Regular Expression(Regex for simplicity) is a sequence of characters that forms a search pattern, mainly for use in pattern matching with string, or string matching.

There is a very famous quote about regex by Jamie Zawinski

Some people, when confronted with a problem,
think “I know, I’ll use regular expressions.”
Now they have two problems.

The quote shows two main features of regex: powerful but difficult. When faced with tricked or unbelievable hard problems, regex is always a way. When you decide to use regex, itself becomes a problem due to its difficult to code, understand and maintain.

So, before moving to regex, make sure there is no other easy way to tackle your problem.

Before further introduction, we need to make some conventions here. Because many programming language(like perl, python, ruby, perl…) have built-in regex, and the definition and usage diff from each other in some detail. Content below doesn’t specify any language, only concerns simple and mutal regex knowledge.

First some definitions and conventions:

metacharacter
The character that has special meaning in regex, like .,*,?,^,$

match
The real match between string and regex is denoted by =~, as used in ruby.

Regex only does one thing: match a given string, return matched position if matched successufully or nil otherwise. If there are more than one matching reuslt, it only returns the first one.

So, the can’t be simpler usage of regex is basic “find” function every text editor have in their menu: You type in anything,
it tells you if what you want exists in the target string. For example, if you want to find someone’s name like “Obama”:

You might see the problem here. Only by typing the exact string, can you get the correct result.
What if I don’t care about the case of all letters?
What if I allow some mispelling like “Obema”?
What if I want to find “Obama” or “Michelle”? etc.
Where there is a probelm, there is a way. The hero here is [](square bracket) and |. [] matches anything in it, while | repersents logic
OR.

Now you may wonder: what if there are many options for a situation, like match a digit or a letter? Of course you can write down
all of them in a pair of []: [abcdefghijklmnopqrstuvwxyz] or [0123456789]. Write these down for once may still be okay, but frequently using them
is a nightmare. [] solves it before you know, the powerful - sign. [a-z] matches anything from a to z and [0-9] matches from 0 to 9.

Is that enough? Of course NO! To match a phone number, we need to find a convenient way to repeat digit for certain times(depends on the length of phone number).
As always, there is already a solution. Following examples will demonstrate what you need.

ps: In order to better illustrate and understand regex, we put emphisis on the matching part in place of mathcing position

Symbols in above table are called “metacharacters” as mentioned before. They have have different
“super power”s compared to normal characters. Here is a question: what if I just want to use the symbol itself
instead of its special meaning? Don’t worry, you can escape them with a backslash \. \ has a super power to
disable others’ super power including itself(It must be hard living with such ‘useless’ super power).
That means /\\/ matches one \ sign. 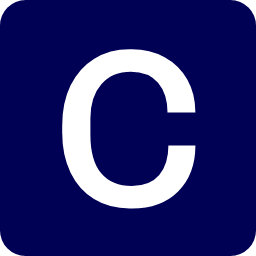